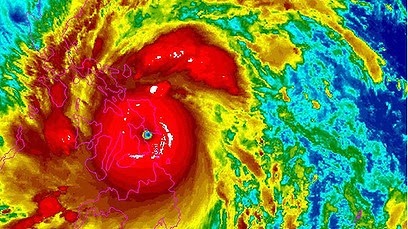 Here's the pick of the crop: our most popular posts over the last three years, starting with the most read.

A sober assessment of our situation (3 parts)
The state of the Australian climate movement as Labor falters and the conservatives gain ascendancy in mid-2012, some harsh realities and ways forward.

Arctic sea-ice melt record more than broken, it’s being smashed
The extraordinary events of the 2012 northern summer and their consequences.

Brightsiding is a bad strategy (5 parts)
Why all “good news” and no “bad news” is a bad climate action and communications strategy?

What would 3 degrees mean?
The astounding global impacts of 2, 3 and 4 degrees of warming.

Pine Island glacier loss must force another look at sea-level rises
The most vulnerable glacier in the Antarctic teaches valuable lessons about future rates of ice mass loss.

Scientists call for war on climate change, but who on earth is listening
When it's too late for half measures, the only option is to be really honest.

Dramatic lessons from the Arctic big melt of 2012: It's already dangerous
"Dangerous" climate change is still to come?   Not any more.

Rethinking a "safe climate": have we already gone too far?
The notion that 1.5C of warming is a safe target is out the window, and even 1C looks like an unacceptably high risk.

Connecting the dots between 'Frankenstorm' and global warming
Superstorm Sandy's intensity was driven in part by Arctic warming destabilisation of the Jet Stream.

The astounding global warming impact on our oceans that will reduce cloud cover and bring tears to your eyes
Ocean acidification will just not kill significant ocean ecosystems, but add even more to global warming.

4 degrees hotter: an adaptation trap?
There is much discussion about adaptation to 4 degrees of warming, but what if that is a delusion?


Triggering permafrost meltdown is closer than we think
Current levels of atmospheric carbon dioxide are probably sufficient to trigger large-scale permafrost carbon feedbacks and global warming that human effort would be unable to contain.

Global fossil fuel subsidies in 5 unforgettable graphs
A picture is worth a thousand words. So is a good graph!

Arctic warning: As the system changes, we must adjust our science
When the reality on the grounds exceeds the scientific predictions, it's time to review the science.

Faustian bargain revisited: study finds zeroed emissions will add 0.25-0.5C of warming as aerosol cooling is lost
Burning fossil fuels also adds sulphates to the atmosphere which have a very short-term cooling effect. What happens when we reduce emissions?

The real climate message is in the shadows. It’s time to shinehttp://www.climatecodered.org/2011/08/real-climate-message-is-in-shadows-its.html
It time to take a critical look at climate change messaging to date, and adopt a human-centred communication that acknowledges the threats, demonstrates agency and inspires empathy.

Professor Kevin Anderson - Climate change: Going beyond dangerous
What we need to do to avoid dangerous climate change may be very different from the commonly held view.

Why emissions need to drop off a cliff
The real science of necessary emissions reduction, and the political consequences, are not ones that we will likely hear from any of the major players in the climate policy debate.