As the five biggest oil companies made a record-high $137 billion in profits, these five unforgettable charts on global fossil fuel subsidies, courtesy of The Guardian, need no explanation. But by way of a very brief summary: 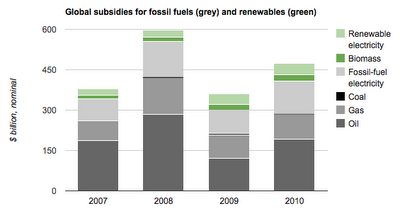 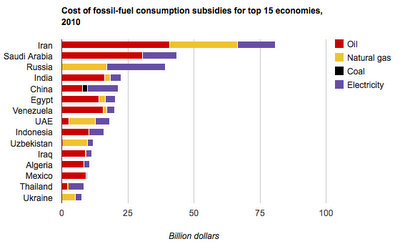 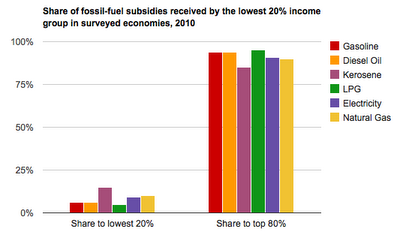 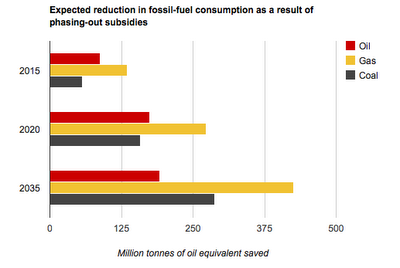 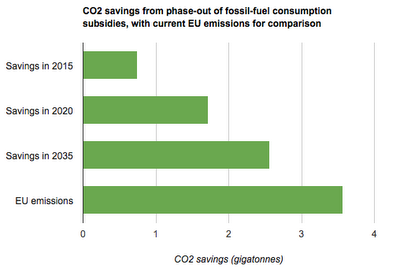 Its hardly as though big oil needs the cash. The five biggest oil companies made a record-high $137 billion in profits in 2011, and have made more than $1 trillion in profits from 2001 through 2011. And every $1 spent on lobbying in Washington, the big five received $30 worth of tax breaks.
On 24 January 2012, Independent US Senator Bernie Sanders pledged to introduce legislation to repeal federal tax breaks and subsidies to the fossil fuel industry, declaring at a Capitol Hill rally that "the most profitable corporations in the world do not need subsidies from the American people." Ditto Australia.