How should climate activist and climate campaigning organisations respond to the new Abbott government, and its goal of knocking out most of Australia's climate programmes and trashing environmental regulation in the service of the fossil fuel and mining industries?
The Abbott Liberal–National Party government celebrated its victory by abolishing Australia's Climate Commission, the first baby steps in a culture war on climate programmes, the renewable energy industry and environmental regulation and protection.

IPCC summary report at a glance, in their own words

A note from the Climate News Network editors: we have prepared this very abbreviated version of the first instalment of the IPCC's Fifth Assessment Report (AR5) to serve as an objective guide to some of the headline issues it covers. It is in no sense an evaluation of what the Summary says: the wording is that of the IPCC authors themselves, except for a few cases where we have added headings. The AR5 uses a different basis as input to models from that used in its 2007 predecessor, AR4: instead of emissions scenarios, it speaks of RCPs, representative concentration pathways. So it is not possible everywhere to make a direct comparison between AR4 and AR5, though the text does so in some cases, and at the end we provide a very short list of the two reports' conclusions on several key issues. The language of science can be complex. What follows is the IPCC scientists' language. In the following days and weeks we will be reporting in more detail on some of their findings.

Fifth and last in a series

The research evidence and expert elicitations demonstrate that climate conditions are “dangerous” now – according to the generally accepted “safe boundary”, “five concerns” and “tipping point” metrics.

Fourth in a series

A tipping point may be understood as a step change, or passing of a critical threshold, in a major earth-climate system component, where a small perturbation (a small push or change) unleashes a bigger change in the component.  Potsdam Institute Director, Prof. Hans Joachim Schellnhuber, says that tipping points “identify the most vulnerable components (tipping elements) of the Earth System, the critical warming thresholds where the respective Earth System elements flip into a qualitatively new state”.  These elements include ecosystems, major ocean and atmospheric circulation patterns, the polar ice sheets, and the land- and ocean-based carbon stores.

This process is often tied to positive feedbacks, where a change in a component leads to other changes that eventually “feed back” onto the original change to amplify it.  The classic case in global warming (or, in reverse, cooling) is the ice-albedo feedback, where decreases (increases) in the ice cover area change surface reflectivity (albedo), trapping more (less) heat and producing further ice loss (gain).

Third in a series

The current level of atmospheric CO2 only is sufficient to increase the global temperature at equilibrium by +1.5°C, based on the standard assumption of near-term climate sensitivity of 3°C for doubled CO2.

If all current greenhouse gases are taken into account, then:


The observed increase in the concentration of greenhouse gases (GHGs) since the pre-industrial era has most likely committed the world to a warming of 2.4°C (within a range of +1.4°C to +4.3°C) above the pre-industrial surface temperatures. (Ramanthan and Feng)

Is global warming in a hiatus? Not if you measure global heat content

by Prof. Andy Pitman, via The Conversation

On September 27 2013 the 5th Assessment Report by the Intergovernmental Panel on Climate Change (IPCC) will be released.

One part of this report will address the so-called “warming hiatus”. This is the argument that warming has stopped, with the further assertion in some quarters that we therefore have nothing to worry about in the future.

It is a fact, based on observations of air temperature, that the rate of global warming measured as surface air temperature has slowed over the past 15 years. The last decade is still the warmest in the past 150 years.

Second in a series

Two-thirds of the loss of sea-ice extent has happened in the 12 years since 2000, and the process appears to be accelerating.  From 1979 to 1983 in the Arctic, the sea ice summer minimum covered an average of just over 51 per cent of the ocean.  It fell to just 24 per cent of the Arctic ocean surface in 2012.

Eleven days before the Intergovernmental Panel on Climate Change publishes its latest report, a group of eminent scientists says there is massive evidence of human responsibility. 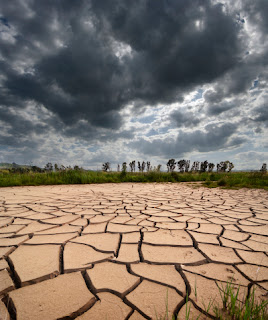 With the IPCC report not yet published, there is already heated debate about what it will say, and about the implications of its findings for human development.

The scientists' statement is unequivocal, and is not based on whatever the IPCC may publish. They  say: "The body of evidence indicating that our civilisation has already caused significant global warming is overwhelming."

The statement comes from 12 members of the recently established Earth League, which describes itself as "a voluntary alliance of leading scientists and institutions dealing with planetary processes and sustainability issues".


… the (climate) disruption and its impacts are now growing much more rapidly than almost anybody expected even a few years ago. The result of that, in my view, is that the world is already experiencing ‘dangerous anthropogenic interference in the climate system’… The question now is whether we can avoid catastrophic human interference in the climate system.
— John Holdren, senior advisor to President Barack Obama  on science and technology issues, 2008

The stated purpose of international climate negotiations is to avoid “dangerous” climate change or, more formally, to prevent “dangerous anthropogenic interference with the climate system”. Most of the climate action movement and most NGOs identify with this goal.

Introduction: Australia has a new climate-change-denialist Liberal–National Party (LNP) government led by Tony Abbott, who says the science of climate change is "crap".  His government has a clear majority in Australia's lower house, and similarly will enjoy majority rule in the upper house (with the support of conservative,and often climate denialist, small parties) when new Senators take their places on 1 July 2014.
The Senate results mean the LNP will very likely enjoy that majority for at least two terms (six years), and there is only one occasions in which an elected government in Australia has lasted only one term. So a government which for all practical purposes denies climate change and has the mission of destroying Australia's carbon price and most renewable energy initiatives will likely run the place for at least six years. For those large climate and environment NGOs who have made working inside the Canberra beltway a priority, their models faces a crisis.
And in a different way so do we all, in working out the way to get the climate emergency approach, which does not downplay now grim scientific realities that global warming is already dangerous in favour of political convenience and incrementalism, onto the agenda.
At this moment, with the triumph of climate-denialist politics in Australia, Naomi Klein's recent interview is particularly pertinent. – David

JM: In the wake of Hurricane Sandy you wrote about the potential of a “people’s shock.” Do you see that it’s happening, a global grassroots response to some of the extreme weather we’re experiencing?