What is happening in the Arctic is now beyond words, so here are the pictures

In the depths of the northern winter, and with 24-hour darkness at the North Pole, an extraordinary climate warming event is happening. And for many scientists it is now beyond words. So here from Zack Labe (@ZLabe) are some images which tell the story of the recording-smashing warming and sea-ice melting occurring right now high in the Arctic.

Sea ice extent in the Bering Sea (Arctic) continues its decline. "Warm" and strong southerly winds have contributed to this anomalous retreat of ice into the Bering Strait. 2018 is the clear outlier in the satellite era (each thin line = 1979-2017, @NSIDC data) pic.twitter.com/kzEV6yEFmp
— Zack Labe (@ZLabe) February 24, 2018

Do we have the capability to reverse global warming within a meaningful timeframe?

"Do we have the capability to reverse global warming within a meaningful timeframe?" was the topic for discussion at the Sustainable Living Festival's Great Debate on 9 February 2018. The contributions to the discussion by David Spratt and Ian Dunlop are reproduced here. Ian and David are also the authors of the recent reports What Lies Beneath: the scientific understatement of climate risks and Disaster Alley: Climate change, conflict and risk. 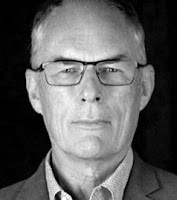 The present 1°C of climate warming is already dangerous because critical tippings points have already been crossed. In 2014 glaciologist Eric Rignot said ice retreat in parts of West Antarctica was already “unstoppable”, with the “likely collapse of the rest of the ice sheet, and a 3-5 metre sea level rise”. That is, unstoppable unless temperatures decline below 1°C to the 1970s level.
In Paris in 2015, the rhetoric was of 1.5°C and 2°C, even as the voluntary, unenforceable agreements put warming on a path to 3°C, and perhaps 4°C.

But 1.5°C is far from safe. A safe climate would be well less than the current warming, unless you think it is OK to destroy the Arctic ecosystem, tip West West Antarctic glaciers into a self-accelerating melt, and lose the world’s coral reefs, just for starters.

The climate system will heat well past 1.5 degrees Celsius (°C) and perhaps up to 2°C without any further fossil fuel emissions. That’s the conclusion to be drawn from new research which should also help demystify the rhetoric from the 2015 Paris climate talks of keeping warming to below 1.5°C .

It’s not that 1.5°C isn’t dangerous: in fact, at just 1–1.1°C of warming to date, climate change is already dangerous. A safe climate would be well below the present level of warming, unless you think it is OK to destroy the Arctic ecosystem, tip West West Antarctic glaciers into a self-accelerating melt, and lose the world’s coral reefs, just for starters.