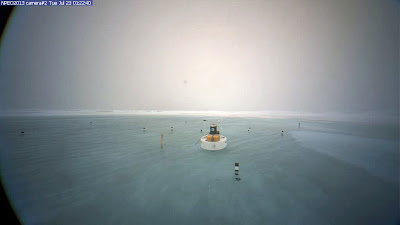 It's one of many arresting images and disturbing reports tumbling out of a rapidly melting Arctic this northern summer as researchers warn that the region’s mighty boreal forests have been burning at rates unprecedented in the past 10,000 years, and that Greenland is at risk of more rapid disintegration, pushing a quicker sea level rise. 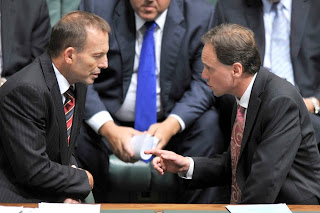 One-sided reliance on soil carbon policies –  which are at the heart of the Liberal-National Party's "direct action" climate plan to reducing Australia's greenhouse emissions – is "scientifically flawed" according to a group of seven Australian and UK climate researchers including Climate Commissioner Prof. Will Steffen, writing in Nature Climate Change.

The scientists say that while the land carbon buffer can provide "a valuable, cost-effective, short-term service in helping to reduce atmospheric carbon dioxide", in the bigger picture – including the environmental limits to soil carbon and the huge quantity of new emissions each year – considering carbon storage on land "as a means to 'offset' CO2 emissions from burning fossil fuels… is scientifically flawed."


iIn the UK and Ireland,  wet summer and autumn followed by a cold winter and spring have hit wheat yields, potato production and cattle feed, a foretaste of how climate change can affect food security, even in the developed economies.

And the culprit in this drama is rapid Arctic melting, which has destabilised the Jet Stream and brought extreme weather – unusual cold, heavy snowfall, record rain and hot spells — to much of northern Europe and North America, and record heat to the Arctic. Following Superstorm Sandy’s battering of the US north-east coast in 2012, flooding in June across central Europe was the worst in 400 years.

Rapid Arctic melting – sea-ice volume in September 2012 was down by four-fifths compared to the summer average 30 years ago – has helped change the Jet Stream, the river of high altitude air that works to separates Arctic weather from that of northern Europe, Russia and Canada, and which governs much northern hemisphere weather.


BBC New reports that, as anticipated for two years (story below), "Pine Island Glacier (PIG), the longest and fastest flowing glacier in the Antarctic, has spawned a huge iceberg... The block measures about 720 square kilometres in area, roughly eight times the size of Manhattan Island in New York."
Confirmation that a fissure had spread across the full width of the glacier was confirmed on 8 July with images obtained from the German TerraSAR-X satellite (pictured at right).  The fissure was first observed in October 2011 (image below).


Tony Abbott is the alternative prime minister of Australia, and later this year he will face an election presenting a climate change policy that is frankly insulting and potentially dangerous.

The Coalition's climate change policy amounts to a bullet point in a pamphlet – the "Real Solutions for Australians" plan – number 10 of 12 such bullet points. It reads:


"We will take direct action to reduce carbon emissions inside Australia, not overseas – and also establish a 15,000-strong Green Army to clean up the environment."

Note from CCR: Readers of this blog will be familiar with the work of Prof. Kevin Anderson, one of the world's most forthright climate scientists, including in 4 degrees hotter: an adaptation trap?, Climate Change: Going Beyond Dangerous, and Scientists call for war on climate change, but who on earth is listening?  Anderson's approach is reflected in the framing of the forthcoming Radical Emission Reduction Conference in December 2013. The conference rationale sums up our dilemma neatly: "Today, in 2013, we face an unavoidably radical future. We either continue with rising emissions and reap the radical repercussions of severe climate change, or we acknowledge that we have a choice and pursue radical emission reductions: No longer is there a non-radical option (emphasis added). Moreover, low-carbon supply technologies cannot deliver the necessary rate of emission reductions – they need to be complemented with rapid, deep and early reductions in energy consumption – the rationale for this conference."  The following interview with Anderson was first published at People and Nature.

The reality about the greenhouse gas emissions cuts needed to avoid dangerous global warming is obscured in UK government scenarios, according to Prof. Kevin Anderson. Anderson told a Campaign Against Climate Change conference in London on 8 June that the most important measurements, of total carbon dioxide in the atmosphere, are pushed into the background and scientists are pressured to tailor their arguments to fit “politically palatable” scenarios.