Note: If you want to know what really went on at the December UN climate policy talks in Katowice, Poland, Prof. Kevin Anderson, with his characteristic direct and insightful analysis, tells it like it is: the good, the bad and the ugly.  This article was first published at kevinanderson.infohttps://kevinanderson.info/blog/capricious-foes-big-sister-high-carbon-plutocrats-irreverent-musings-from-katowices-cop24/. Kevin described it as “irreverent musings from Katowice’s COP24”, but it is more than that! 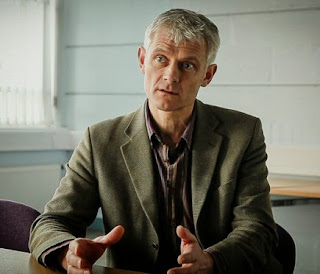 Four weeks on and the allure of Christmas and New Year festivities fade into the grey light of a Manchester January – a fine backdrop for revisiting December’s COP24.

A quick glance at COP24 suggests three steps forward and two steps back. But whilst to the naïve optimist this may sound like progress, in reality it’s yet another retrograde bound towards a climate abyss. As government negotiators play poker with the beauty of three billion years of evolution, climate change emissions march on. This year with a stride 2.7% longer than last year – which itself was 1.6% longer than the year before. Whilst the reality is that every COP marks another step backwards, the hype of these extravaganzas gives the impression that we’re forging a pathway towards a decarbonised future.