IPCC's political fix on 1.5°C will undermine its credibility 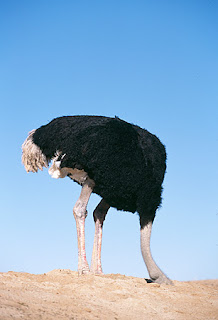 
The forthcoming Intergovernmental Panel on Climate Change (IPCC) special report on 1.5°C will suggest a significant "carbon budget" for the 1.5°C climate warming target, in a political fix that will further undermine the organisation's credibility.

The report will use unwisely low assumptions about the Earth's climate sensitivity to pull a rabbit out of a hat: a carbon budget that from any sensible risk-management perspective simply does not exist. The political effect will be to say that the climate crisis is less bad than it is, and that we can "allow" more fossil fuel emissions.

In fact, recent research shows that climate sensitivity is higher that the median used in recent IPCC reports, but now the 1.5°C report will go in the opposite direction. The final report will likely have an even higher 1.5°C "carbon budget" figure than in the drafts leaked in recent months.

This is a scandalous outcome that may finish the IPCC as a credible and dispassionate compiler of climate science research.   A report released on 20 August, What Lies Beneath: The understatement of existential climate risk, shows that IPCC reports tend toward reticence and caution, erring on the side of “least drama”, exhibiting a preference for conservative projections and scholarly reticence, and downplaying the more extreme and more damaging outcomes, such they are now becoming dangerously misleading with the acceleration of climate impacts globally.

When we look at the crisis rationally, the only logical response is to declare a climate emergency

People engaged in the climate debate are often bewildered by society’s lack of response. How can we ignore such overwhelming evidence of an existential threat to social and economic stability?

Given human history, we should never have expected anything else. Humans have a consistent tendency that when change is uncomfortable we delay action until a threat becomes a crisis. The scale of the threat or the existence of powerful evidence makes little difference.