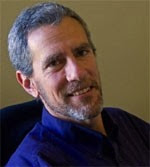 Have climate campaigners learned the art of political communication too well?  We poll and focus group.  We segment audiences and target swings. We “go to people where they’re at” – activating live communication frames and salient issues. We move the dial. There is tactical merit in all this … but climate change is not a “message.” It’s an objective reality and an urgent crisis.
Deception about it will surely go down as history’s most egregious lie. Avoiding or hedging this reality isn’t as bad as denying it, but it reinforces the larger ecosystem of denial.  It’s tough to imagine how we begin to turn the tide until we stand tall – with both feet, whole hearts, and strong, explicit words – on the side of the truth.
Our sophisticated calibrations about whether, when, and with whom climate change is an effective “message” have a perverse effect:  they reinforce our opponents’ message that it’s just a stalking horse for a political agenda. When we bounce around from “jobs” to “clean air” to whatever we think will give us a bump in a swing-state poll, we undermine our own integrity and the moral urgency of climate change.
It is of course true that we sometimes gain tactical advantage this way. And no one wants to risk losing important battles just to make a rhetorical point. But over-reliance on these maneuvers can limit our power and drain morale.  Climate advocates and organizers rightly wonder whether leaders who keep changing the subject have much confidence in our ultimate ability to prevail.
There are certainly hard-headed tactical reasons to downplay climate. But there is also, speaking from personal experience, an element of shame here. A disaster is unfolding on our watch. It’s embarrassing to feel so powerless, and talking about climate just shines a spotlight on our futility.


"But there is no strength in shame, and silence makes it worse. Unless and until we square up to climate per se, we’re going to keep losing the war even when we win battles."

In political circles, it’s considered naïve and off-key to focus on climate, a sign of insufficient commitment to “winning,” the only coin of the political realm. Since it’s difficult to construct a politically plausible scenario in which we actually do what’s necessary to avert dangerous climate disruption, practical people find it somewhat rude to discuss. David Roberts memorably equated this to “flatulence at a cocktail party.”
But there is no strength in shame, and silence makes it worse. Unless and until we square up to climate per se, we’re going to keep losing the war even when we win battles. And we’re going into some key battles right now with our strong hand tied behind our back.
Here’s an immediate example of the problem: Peabody and Arch are trying to justify coal export to Asia by saying their coal is lower in sulfur and ash than Chinese coal.  How are we going to fight that if clean air and public health are – as the polls would have it – our top messages, and climate is a footnote? Why are we even in the position where using prospective SO2 reductions to justify feeding a global catastrophe doesn’t sound as lame to even our friends as it is? At least in part because we decide that clean air is tactically a better message, and avoid or pussy-foot around climate.
In the coal export battle, we often confront the question “Somebody’s going ship the coal to Asia, so why shouldn’t we get the [purported] economic benefits?”  We can’t definitively promise that if we stop a particular coal export terminal, the same coal won’t be shipped from somewhere else. But we can and should make the case that the whole damned business is wrong – not just environmentally costly but unconscionable – no matter what anyone else does.  And we can only make that case if we lean into the climate conversation. We can’t draw a credible moral line in the sand – let alone get more folks on the right side of it – if we avoid or minimize the climate implications.
Our experience at Climate Solutions suggests (and recent polling confirms) that the tactical risks of talking explicitly about climate are overblown. Yes, it can be a “loser” as a “message,” but generally only when we talk like losers – when we internalize and reiterate our opponents’ bad frames. We find that focusing on climate is generally a “winner” when we:
We all still have a lot to learn about what works in climate communication, and I’m grateful that Climate Access is now on the beat full time.  But my primary point here is not:  “Talk more about climate because it’s not as bad of a message as you think.”  My point is:  Talk about climate because we must – because tackling it is a moral imperative, and we’ll never convince anyone of that if we keep dodging and weaving around it.
This is not a holier-than-thou thing. Climate Solutions is certainly “guilty” of tactical aversion to explicit climate conversations. Many passionate, strong, extremely smart people in the climate movement have chosen to de-emphasize climate because they believe it’s the best way to make real progress. Some of them think that to do otherwise – to emphasize climate when it is demonstrably not the most effective message – is sentimental and foolish. I respect that view.  And none of us will know for sure until we break through, so nobody has a high horse to ride. Nor is the answer black and white: “Lead with climate at all times” is clearly not the right strategy.
I do know, however, that I can only be effective if I speak the truth about the climate crisis – strategically, and with a clear understanding of the audience – but consistently and unapologetically. For my own advocacy, this rationale for focusing on climate in public messaging is sufficient. But it also loops back into a larger strategic consideration:  our moral standing.
Many of us share the view that we will never prevail at anything close to the necessary scale until climate action is understood as the moral watershed that it is. Yes, good numbers on jobs are vital.  Yes, air quality improvements are compelling, and potentially a useful bridge to climate awareness.  Yes, “co-benefits” abound and we should talk about them all.  But none of this is remotely sufficient to a challenge of this scale without the moral driver.
Our standing to pose this moral choice depends critically on our own strength and integrity. Climate leaders can and do simultaneously hold in their hearts the moral imperative for climate solutions and the tactical imperative to use the most effective message to secure substantive victories. But we can’t build a strong enough movement on a foundation of serial political indirection, tactically useful as it may be.  It is how the game is played, but we are far enough into this game now to conclude that we can’t win it just by playing it better.
And we certainly shouldn’t confuse our role in the game with the role of political candidates. I can almost forgive politicians who avoid talking about climate, but what’s our excuse?  We’re not running for office. We have to change the political game, so candidates can champion climate solutions and win.  And to do that, we need both moral power and a climate conversation that won’t quit.
We’d be fools to ignore what our communication research tells us. But we can’t develop the strength we need just by telling people what they want to hear.  We have to tell the truth, and act like we believe it.


KC Golden is policy director for Climate Solutions and author of the GRIP blog. This was first posted on Climate Access and reposted at Climate Progress.