Why we need a politics of the far future

By Richard Eckersley, first published at On Line Opinion on 4 September 2015 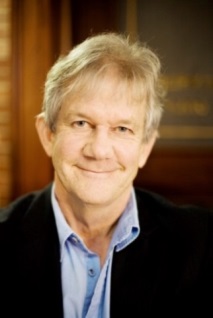 If you were to assess various personal life paths and their risks and opportunities, would you choose one that had a 1 in 2 chance of wrecking your life, or even ending it? In most circumstances, no-one would; the risks are just too high.

Yet a new study suggests that many people think that we are taking risks of this magnitude with our future as a civilisation or a species. The study found most Australians (53%) believe there is a 50% or greater chance our way of life will end within the next 100 years, and a quarter (24%) that humans will be wiped out. These are surprisingly high estimates; no person or organization would accept or choose this level of risk, given the stakes.

When asked about different responses to these threats, 75% of the Australians surveyed agreed 'we need to transform our worldview and way of life if we are to create a better future for the world' (an 'activist' response); 44% agreed that 'the world's future looks grim so we have to focus on looking after ourselves and those we love' (nihilism); and 33% agreed that 'we are facing a final conflict between good and evil in the world' (fundamentalism).

The findings strip the ground from under the largely 'business as usual' strategies that dominate political thinking. Concerns about the world's future barely register in our politics; our political leaders proclaim constantly that Australia is a great nation with a great future. This tension may contribute more than politicians and political pundits suspect to the current mood of political disillusion and cynicism.

Melanie Randle, of the Faculty of Business at the University of Wollongong, and I co-authored the study, recently published online in the journal Futures. The study involved a survey of over 2,000 people in Australia, US, UK and Canada.

Findings were similar across countries, age, sex and other demographic groups, although some interesting differences emerged. More Americans rated high the risk of humans being wiped out (30%), and that humanity faces a final conflict between good and evil (47%) - reflecting the strength in the US of Christian fundamentalism and its belief in the 'end time' and a coming Apocalypse. Such beliefs can influence national politics; some commentators thought they shaped President Bush's outlook.

There is mounting scientific evidence and concern that humanity faces a defining moment in history, a time when it must address growing adversities, or suffer grave consequences. Reputable journals are canvassing the possibilities; the new study will be published in a special issue of Futures on 'Confronting catastrophic threats to humanity'.

Most focus today is on climate change and its many, potentially catastrophic, impacts; other threats include depletion and degradation of natural resources and ecosystems; continuing world population growth; disease pandemics; global economic collapse; nuclear and biological war and terrorism; and runaway technological change.

Not surprisingly, surveys reveal widespread public pessimism about the future of the world, at least in Western countries, including a common perception of declining quality of life, or that future generations will be worse off. However, there appears to have been little research into people's perceptions of how dire humanity's predicament is, including the risk of the collapse of civilisation or human extinction. These perceptions have a significant bearing on how societies, and humanity as a whole, deal with potentially catastrophic futures.

People's responses in our study do not necessarily represent considered assessments of the specific risks. Rather, they are likely to be an expression of a more general uncertainty and fear, a loss of faith in a future constructed around notions of material progress, economic growth and scientific and technological fixes to the challenges we face. This loss is important, yet hardly registers in current debate and discussion. We have yet to understand its full implications.

At best, the high perception of risk and the strong endorsement of transformational change could drive a much greater effort to confront global threats. At worst, with a loss of hope, fear of a catastrophic future erodes people's faith in society, affecting their roles and responsibilities, and their relationship to social institutions, especially government. It can deny us a social ideal to believe in - something to convince us to subordinate our own individual interests to a higher social purpose.

There is a deeply mythic dimension to this situation. Humans have always been susceptible to apocalyptic visions, especially in times of rapid change; and we need utopian ideals to inspire us. Our visions of the future are woven into the stories we create to make sense and meaning of our lives, to link us to a broader social or collective narrative. Historians and futurists have emphasised the importance of confidence and optimism to the health of civilisations and, conversely, the dangers of cynicism and disillusion.

Despite increasing political action on specific issues like climate change, globally the scale of our response falls far short of matching the magnitude of the threats, as the study findings imply. Closing this gap requires a deeper understanding of how people perceive the risks and how they might respond. Offering false hope is not the solution; to address the challenges we must first acknowledged them.

On the evidence, the far future is drawing closer - and it worries us.