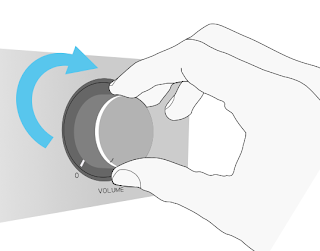 I’m always casual about it – after all, no one wants to find themselves sitting next to a zealot on a long-distance train journey.
But I need not worry because, however I say it, the result is almost always the same: the words collapse, sink and die in mid-air and the conversation suddenly changes course…it’s like an invisible force field that you only discover when you barge right into it. Few people ever do, because, without having ever been told, they have somehow learned that this topic is out of bounds.

Others in the business of communicating climate change will sympathise: they become used to eyes glazing over, people suddenly finding others to talk to or urgently expressing the need for a drink. It can be a lonely occupation.

COIN has just produced a report entitled Climate Silence, questioning why the interest of the public in global warming is still low - despite all the warnings about the threats being faced.

The report, which focuses mainly on events in the UK, says public interest in the issue was at its height back in 2008. The Stern Review, making the financial case for tackling the problem sooner rather than later had, been published, the UK had brought in its Climate Change Act, and there was optimism that a global deal on climate change could be sealed at the  Copenhagen summit.


Civil society, exhausted by the disappointment of the Copenhagen climate change negotiations in 2009, has largely fallen silent. Scientists, cowed by personal attacks, have become increasingly reticent.
A door that was once firmly shut – to sceptical voices in the mainstream media - has been opened again… public interest has dwindled. The debate has become stale and fatigued.

The UK public has recently been focused on the seemingly unstoppable rise in household energy bills, says COIN. Energy companies, much of the media and some politicians have been quick to blame "eco-taxes" for escalating costs.


Climate change – if it was mentioned at all – was presented as the enemy of the common man: an elite, costly and distant concern that should not be considered during times of austerity.

Energy saving has been talked about solely as a question of bringing down costs to the consumer, rather than in the wider context of climate change.


What actually needs to happen is a little more challenging than this - ultimately involving a complete overhaul of how we travel, eat, heat our homes, consume and work.

Ditto the Climate Change Act, says COIN: all the talk is of achieving technical targets, rather than considering climate change as a vital social issue that needs to be talked about and discussed by the general public.

COIN’s views on the lack of engagement of the UK public on climate change would seem to be backed up by a forthcoming survey, quoted in the report, from the Royal Society of Arts. Of 2,000 people surveyed in 2013, 40% said they never speak about climate change to their friends, family or colleagues.

In the US there seems to be less public engagement in the issue. A survey this year by Yale University found that only 8% of respondents said they communicated publicly about climate change, while nearly 70% said they rarely or never spoke about it.

“We have failed, collectively, to make climate change something that inspires passion in all but a vocal minority (on either side of the argument)”, says COIN.

So what’s to be done? COIN proposes a national series of conversations embracing a broad cross-section of society - including those who might be sceptical. Ways must be found to inspire people to care about the problem. Climate change, it says, is fundamentally a human story, and public campaigns must reconnect with that basic fact.


For too long, climate change has been stuck in a rut – pigeon-holed as a scientific and an ‘environmental’ issue – a niche topic that has little direct relevance to the lives of ordinary people.
Without a way of translating the dry, faceless facts of climate science into living, breathing reasons to care about climate change, meaningful public engagement will remain out of sight.