Ending the stupid technology innovation vs. deployment fight once and for all 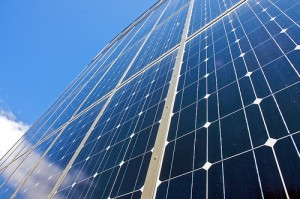 By David Roberts, via Grist
Human beings are pretty damn clever. We have adapted and invented our way out of some extremely grim situations. And we can do the same in the face of climate change! The ideas and innovations necessary to ensure our security, and the security of future generations, are within our power. What’s needed is a smooth, effective conveyor belt to carry those ideas and innovations from our heads, into the world, and up to sufficient scale.

Unfortunately, as things now stand, that conveyor belt is rusty and full of gaps. Clever ideas get stuck in our heads, or fail to make it across the “valley of death” between labs and markets, or fail to take hold and grow in those markets. We call these gaps “market failures,” but that is a misleadingly passive construction. The conveyor belt is not something that exists in Platonic market space, a priori, that we merely need to uncover. It is something we must build, consciously, using markets among other tools.

For many years, climate hawks have been engaged in misguided and self-defeating debates about which end of the conveyor belt to fix. On one side are those who want to fix the early end, where ideas move from imagination to lab to early market. These folks talk a lot about innovation and are criticized (somewhat unfairly) as denying the need for deployment.

On the other side are those who want to fix the later end, where ideas move from early market to large, world-changing scale. These folks talk a lot about deployment and are criticized (somewhat unfairly) as denying the need for innovation.

Both sides accuse the other of failing to grasp the threat of climate change.

The innovation side accuses the deployment side of misunderstanding the scale of the problem. There is so much energy poverty remaining in the world, so many people in the developing world rising toward the middle class, such massive demand, that we can’t hope to satisfy this century’s energy (or agricultural, water, transportation …) needs with today’s technologies.

The deployment side accuses the innovation side of misunderstanding the urgency of the problem. If we are to stay within our carbon budget for the century, global emissions must peak and begin falling (quickly) within five years or so. To have a real chance at preventing catastrophe, we ideally ought to drive carbon emissions to zero, or even negative, well before the end of the century. There is simply no way to do that unless we rapidly deploy the technology we have today. Even if a technology breakthrough appeared in a lab tomorrow, there simply isn’t enough time to drive it past all the market barriers to wide adoption fast enough to forestall disaster.

So, who is right? Well, they are both right, about everything except the fact that the other is wrong.

So why fight at all? Here it’s worth briefly pondering the history of the debate.


The history of a stupid fight

Ever since the ’70s, energy politics has involved fights over the relative roles of research and deployment.

For decades, conservatives have argued that the only legitimate role of government in energy markets is basic research. Beyond that, they have claimed, government should create a “level playing field” and refrain from “picking winners.”

In practice, they have favored nothing of the sort. Instead, they have fought to protect the power and privileges of today’s “winners.” Current energy systems are shot through at every level with government policy designed by and for the status quo. (Republicans have fought clean-energy research too, remember.) Nonetheless, the rhetorical strategy of setting research in opposition to deployment is longstanding.

Over time, that strategy created an oppositional mindset among those concerned about climate change and the other negative effects of fossil-fueled development. Climate and clean energy hawks grew to see talk of energy R&D as hostile, a way of delaying real action. Under Reagan, under Republican Congresses post-Gingrich, under Bush II, they were generally right to do so. Climate hawks came to fixate on pricing carbon as a way of shifting markets immediately.

Into this milieu stomped the Breakthrough Bad Boys, in 2005, with “The Death of Environmentalism.” The practical value of the paper was to argue for a renewed focus on innovation. Unfortunately, that nugget of value was buried in a morass of wild overgeneralizations, shoddy history, and self-mythologizing. It wore its contempt for environmentalists and deployment advocates proudly, which garnered it considerable media attention, but, unsurprisingly, drew — and continues to draw — hostility from its targets.
In the eight years (!) since, sniping between the innovationeers (most notably the Breakthrough guys) and the deploymenteers (most notably Joe Romm) has been incessant. I’ve indulged in a few rounds myself. The latest outbreak is the recent charge from clean-energy entrepreneur Jigar Shah that “President Obama doesn’t know how to deploy new energy.” It’s what finally prompted me to write this post.

Why the debate is stupid

I very much do not want to get into the weeds of these past disputes. (For the record, Obama has deployed a ton of clean energy! He doubled the amount in the U.S. in his first term.) Instead I want to back up and try to show why the dispute is stupid.

What is humanity’s overall goal here? It is twofold. First is to bring billions of people out of poverty and to provide the basic services necessary for a life of decency to everyone in the human family, including future generations.

The second part follows from the first. The rising consumers of the developing word cannot achieve prosperity the same way today’s wealthy nations did, driven by fossil fuels and overconsumption. There just isn’t enough stuff left in the world for all of them — enough fossil fuels, enough minerals, enough arable land, enough carbon budget in the atmosphere. If they go through it at the same rate Western nations did as they grew, there will be shortages, dislocations, and massive, irreversible ecological harm.
So the second part of the goal is to transition from a set of systems that is not sustainable to a set that is. Habits, practices, technologies, institutions — they must all evolve to adjust to the realities of the Anthropocene. The goal must be zero carbon and zero waste, as soon as possible.

The challenge is enormous — or rather, the challenges. There are at least three (I’m focused here on energy, but this could also apply to agriculture, etc.):
A great deal of confusion and needless strife in the energy world traces to people confusing these three challenges, making category errors: mistaking nuclear power for a policy, cap-and-dividend for social movement, or a carbon tax for a technology development strategy.

Once they are understood as distinct challenges in their own right, something else becomes clear: they are interdependent. Progress in any one of them makes progress in the other two easier. So:
These are three aspects of the same effort, like three legs of a stool. Without any one of them, the whole thing will fall over.

Still, partisans of a particular technology, policy, or strategy often see those pushing other technologies, policies, or strategies as competitors, people who are doing it wrong, distracting from superior alternatives. Nuclear advocates bash wind, carbon pricers bash deployment subsidies, innovationeers bash carbon pricers, wonks bash activists, activists bash political hacks. Everyone finds enemies among those involved in the same effort. As is human beings’ wont, we make a zero-sum game out of what out of what ought to be a positive-sum situation.

Those involved in intramural disputes often point out that the amount of time, attention, and money to be spent on the overall effort is limited, so disputes over priorities are important. And that’s true.

But the overwhelming problem today is that the amount is too small. There is not enough being spent on any part of the conveyor belt. Innovation is underfunded and often ineffective; so is deployment. There’s no coherent, holistic approach to the broader effort.
The priority of all involved should be to expand the total resources devoted to achieving the shared goal, not to denigrate and draw attention away from competing strategies.
We are all in this together. We should start acting like it.