Rebuilding optimism of will for effective climate activism 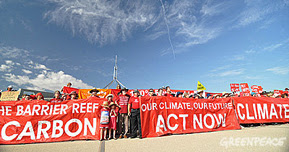 Many climate activists have experienced depression, exhaustion, and alienation as the time-frame for acting to avoid climate disruption shrinks. So whilst pessimism of the intellect is growing sharper, how do we “right the balance” and grow optimism of the will?

Che Guevara said that “the true revolutionary is guided by strong feelings of love”. But not just any love, the love of humanity that transcends the day to day love of individuals (our family for example)  In a way its a shame that the actual content of this paragraph from Che has been bastardised to be about some nebulous love that drives revolutionaries. Instead what Che was talking about was a very real dilemma. How to keep ourselves motivated, heading towards the goal, when we have so little time for our real “loved ones”, so little time for ourselves, and to develop our personal lives.
This is a serious issue that is often unconsidered by the left. But more over today those of us who have invested years to the cause of stopping climate change are at risk of demoralisation, depression, exhaustion, and alienation. For me this has been a confronting reality as I have struggled with depression for the better part of 2012 and have undertaken to see a psychologist. I suspect there are others out there in a similar state of mind.There is an idea that well sums up the reality of our task as climate activists “combining pessimism of the intellect with optimism of the will”. Unfortunately getting the balance right is no easy task, nor will that balance be achieved accidentally.


The revolutionary leaders must have a large dose of humanity, a large dose of a sense of justice and truth to avoid falling into dogmatic extremes, into cold scholasticism, into isolation from the masses. They must struggle every day so that their love of living humanity is transformed into concrete deeds, into acts that will serve as an example, as a mobilizing factor.


Trent Hawkins has been active in the climate movement since 2006, initially in Perth where he helped to organise a number of public demonstrations and events including the 2007 Students of Sustainability Conference. After moving to Melbourne in 2008 he continued his involvement in the climate movement assisting the first human sign protests, participating in the Newcastle and Hazelwood Climate Camps, and the Canberra Climate Summits. Trent was until recently a member of the Socialist Alliance and ran for parliament in the 2007 and 2010 Federal Elections, and the 2010 Victorian State Election. Trent is a mechanical engineer with experience working in renewable energy and volunteered as a researcher for Beyond Zero Emissions on the Zero Carbon Australia Stationary Energy Plans, specifically on the wind energy and transmission upgrades sections (including producing the Google Earth maps). Trent has been spent much of the past two years working as the Project Director of the Zero Carbon Australia Buildings Plan.