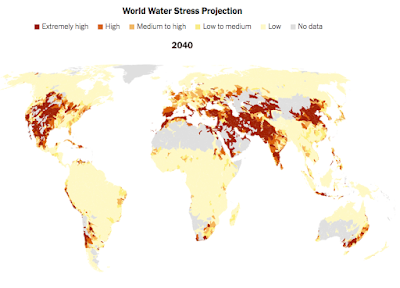 As a diversionary tactic in our climate debate, it invariably works, focusing attention on the supposedly horrendous costs of action, for example building the new zero-carbon energy system; a discussion which skates over the fact that replacing ageing coal-fired generators with renewable energy will be cheaper than rebuilding with coal or gas, as the solar/wind/battery option slips under the fossil-fuel-energy cost curve.

Commentators repeatedly frame debate around the recent 2050 net zero emissions policy adopted by the ALP, and now supported by many others, in terms of its “costs”, without mentioning the benefits: huge damages avoided by reducing the level of global warming by concerted global action.

In fact those damages, at only 3C, may be beyond quantification. Work from the University of Melbourne in 2019 has shown that on current global emissions patterns, a conservative estimate of costs for Australia would be $584.5bn by 2030, $762bn by 2050, and more than $5tn in cumulative damages from now until 2100. On the other hand, the cost of effective emissions reduction is estimated to be $35.5bn up to 2030, or 0.14% of cumulative GDP, a negligible impact.

Such estimates focus on infrastructure damage, agricultural and labour productivity losses, human health impacts and ecosystem losses, but this is the tip of the iceberg. The costs of extreme weather events are not included, and more importantly, neither are the economic damages that Australia will incur as 3C of warming sweeps through Asia and the Pacific, devastating nations, disrupting major trading partners and supply chains, and likely turning the region – the “disaster alley” of global climate disruption – into one of social chaos and breakdown.

Thirteen years ago, senior US national security analysts looked at the consequences of 3C of warming and concluded that it would “give rise to massive nonlinear societal events. In this scenario, nations around the world will be overwhelmed by the scale of change and pernicious challenges … Armed conflict between nations over resources … is likely and nuclear war is possible. The social consequences range from increased religious fervour to outright chaos”.

Australia’s intelligence community, and the prime minister’s office, are well aware of this analysis, and have a duty of care to brief Morrison on its risk assessment. So when he refuses to admit the impacts of a 3C world, ignorance is not an excuse.

Australian government climate denial has played a leading role in ensuring that a 3–4C future has become accepted in global policy making circles as “politically realistic”. The increasing concern from climate researchers that such a world is likely to be climatically unstable and incompatible with the survival of human civilisation as we know it is totally ignored.

A survey of the scientific literature on the likely impacts of 3C paints a frightening picture. We described such an outcome in a recent report, The Third Degree, on the implications for Australia of existential climate-related security risks. In such a world, it is likely that the structures of societies will be severely tested, and some will crash. The poorest nations will suffer first and most deeply from climate change, but, after three decades of inaction, no nation will now escape.

Water availability will decrease sharply in the lower latitude dry tropics and subtropics, and affect almost two billion people worldwide. Agriculture will become nonviable in the dry subtropics. The Sahara will jump the Mediterranean, as Europeans begin a long trek north. Water flows into the great rivers of Asia will be reduced by the loss of more than one half, and perhaps much more, of the Himalayan ice sheet.

Aridification will emerge over more than 30% of the world’s land surface, most severely in southern Africa, the southern Mediterranean, west Asia, the Middle East, rural Australia and across the south-western US.

Most regions in the world will experience a significant drop in food production and increasing numbers of extreme weather events, including heat waves, floods and storms. Food production will be inadequate to feed the global population and food prices will skyrocket, as a consequence of a one fifth decline in crop yields, a decline in the nutritional content of food crops, a catastrophic decline in insect populations, aridification, monsoon failure and chronic water shortages, and conditions too hot for human summer habitation in significant food-growing regions.

The lower reaches of the agriculturally important river deltas such as the Mekong, Ganges and Nile will be inundated, and significant sectors of some of the world’s most populous cities – including Kolkata, Mumbai, Jakarta, Guangzhou, Tianjin, Hong Kong, Ho Chi Minh City, Shanghai, Lagos, Bangkok and Miami – abandoned.

Deadly heat conditions will persist for more than 100 days per year in West Africa, Central America, the Middle East, South-East Asia and parts of Australia, which together with land degradation, aridification, conflicts over land and water, and rising sea levels will contribute to up to a billion people being displaced. Refugee conventions may give way to walls and blockades.


Of this, the Australian government has nothing to say, a total abrogation of its first responsibility to protect the people, and a massive failure of leadership and imagination.