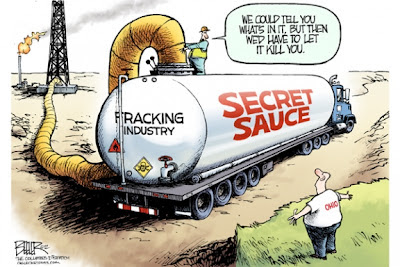 Rio+20: doing the zombie shuffle
http://www.crikey.com.au/2012/06/22/rio20-doing-the-zombie-shuffle
Peter Christoff, Crikey, 22 June 2012
As the Rio+20 Conference on the environment enters its last day, two things are certain. With its negotiated text finalised and awaiting formal approval by heads of state, the conference will not -- like the Copenhagen climate conference in 2009 -- run desperately over time, threatened by brinksmanship, courting collapse. Nor will it deliver anything of significance.
AND
Furious Greenpeace Moves to 'War Footing' at Rio+20
http://www.commondreams.org/headline/2012/06/19-7
Jo Confino, Guardian, 19 June 2012
The head of Greenpeace International said the NGO is moving to a "war footing" after negotiators at the Rio+20 sustainable development conference watered down proposals to protect the world's oceans.

Solar panels linked to lower power usage
http://www.theage.com.au/opinion/political-news/solar-panels-linked-to-lower-power-usage-20120619-20m42.html
Adam Morton, the Age, June 20, 2012
Schemes encouraging people to install solar panels and save energy have cut household power consumption and will restrict the pace at which electricity bills increase in coming years, a new analysis has found

The Mendacity of Hope
http://www.monbiot.com/2012/06/18/the-mendacity-of-hope/
George Monbiot, Guardian, 19 June 2012
Worn down by hope. That’s the predicament of those who have sought to defend the earth’s living systems. Every time governments meet to discuss the environmental crisis, we are told that this is the “make or break summit”, upon which the future of the world depends. The talks might have failed before, but this time the light of reason will descend upon the world.

Mann Handled: A Decade Ago, Conservatives Attacked a Scientist—And Created a Leader
http://desmogblog.com/mann-handled-decade-ago-conservatives-attacked-scientist-and-created-leader
Desmogblog, 11 June 2012
A review of The Hockey Stick and the Climate Wars: Dispatches From the Front Lines, by Michael Mann.

Carbon lock-in: social-technological inertias increasing our addiction to coal-fired energy
http://theconversation.edu.au/carbon-lock-in-social-technological-inertias-increasing-our-addiction-to-coal-fired-energy-7830
Neil Perry, The Conversation, 21 June 2012
HRL’s proposed brown coal-gas hybrid plant in the La Trobe Valley in Victoria was last year limited  in size to 300 megawatts by a Victorian Environmental Protection Agency decision. A challenge to this ruling was upheld by the Victorian Civil and Administrative Tribunal (VCAT) in late March which would allow HRL to build a 600 megawatt (MW) plant on the basis that it was ‘best-practice’.

Denying responsibility for our fossil fuel exports
http://www.abc.net.au/unleashed/4083938.html
Fergus Green and Reuben Finighan, ABC Unleashed, 21 June 2012
As Prime Minister Julia Gillard greets other world leaders at the Rio+20 sustainable development summit, a close look at the official messages her government is sending to the world on our behalf reveals a fundamental contradiction.

Newsflash: solar power costs are falling below fossil fuels
http://theconversation.edu.au/newsflash-solar-power-costs-are-falling-below-fossil-fuels-7215
John Mathews, The Conversation, 20 June 2012
Recent postings to The Conversation have enlivened the debate over the “Great Transition” that is underway all around the world from the fossil-fuelled energy systems of the 20th century to the renewably powered systems of the 21st century.

Carbon capture ‘too risky'
http://www.heraldsun.com.au/news/breaking-news/carbon-capture-too-risky/story-e6frf7jx-1226400753551
AFP, June 19, 2012
A proposed method of cutting harmful carbon emissions in the atmosphere by storing them underground risks causing earthquakes and is unlikely to succeed, a US study said.

Fourteen wind energy myths debunked
http://reneweconomy.com.au/2012/fourteen-wind-energy-myths-debunked-97695
Mike Barnard, Renew Economy, 19 June 2012
How many ways can you misinform, distort and spin in a single radio interview? On 9 May, 2011, Max Rheese, executive director of the organisation with the grossly misleading name Australian Environment Foundation, attempted to set a new record on Radio National’s conservative Counterpoint program in Australia. He managed 14 whoppers about wind energy in Australia in 17 short minutes.

Coal price drop hurting Hunter mines
http://www.abc.net.au/news/2012-06-19/coal-price-drop-hurting-hunter-mines/4078646
ABC News, June 19, 2012
Hunter coal mines may be forced to cut production in response to a huge decline in Newcastle spot prices since the start of the year.

Solar Insights: Global PV market to treble in three years
http://reneweconomy.com.au/2012/solar-insights-global-pv-market-to-treble-in-three-years-11357
Giles Parkinson, Renew Economy, 18 June 2012
The global solar PV industry is going through what McKinsey & Co recently described as the darkness before the dawn – a massive shakeout as subsidies are wound back, demand plateaus (at least temporarily), and the rewards go to the cheapest, most efficient and best managed.

Fracking: A risk to health, and healthy returns
http://reneweconomy.com.au/2012/fracking-a-risk-to-health-and-healthy-returns-91188
David Shearman, Renew Economy, 18 June 2012
There is now growing evidence of international investor concern over some health impacts of fracking in shale gas mining.

Mining for editorial control: Behind Gina Rinehart's Fairfax tilt
http://reneweconomy.com.au/2012/mining-for-editorial-control-behind-gina-rineharts-fairfax-tilt-39904
Graham Readfearn, ReNew Economy, 20 June 2012
The mining magnate's purchase of Fairfax shares is not a money making venture. So can we now expect headlines like 'Climate Change Is A Hoax'?

Leaked anti-wind letter reveals pressure on NHMRC
http://www.climatespectator.com.au/commentary/leaked-anti-wind-letter-reveals-pressure-nhmrc
Simon Chapman, Crikey/CS, 18 June 2012
In 2011, the National Health and Medical Research Council published a ‘rapid review’ of the evidence of whether wind farms are harmful to health.

No country for clean energy
http://www.businessspectator.com.au/bs.nsf/Article/clean-energy-future-Rio-summit-coal-dependence-Jul-pd20120618-VCRZ2
Keith Orchison, Business Spectator, 18 Jun 2012
eatuutsktdiImagine a country with twice the area of France and Germany put together but with only 7.5 per cent of their combined population.

Four reasons Abbott won’t repeal the carbon tax
http://www.climatespectator.com.au/commentary/four-reasons-abbott-won-t-repeal-carbon-tax
Daniel Palmer, Climate Spectator, 21 June 2012
Time, popularity, history and a dearth of pythons: these are the reasons why Tony Abbott will backtrack on his “blood oath” to repeal the carbon tax if he ascends to the prime ministership.

Local Action for a Low Carbon Future
http://www.acelg.org.au/upload/program1/1339639151_Local_Action_Low_Carbon_Future_Lres.pdf
A discussion paper by the Australian Centre of Excellence for Local Government (ACELG) has revealed that the federal government’s Clean Energy Plan can reach further into residential and business communities by working with the local government’s key strengths

Climate change is simple: We do something or we’re screwed
http://grist.org/climate-change/climate-change-is-simple-we-do-something-or-were-screwed/
David Roberts, Grist, 18 June 2012
Back in April, The Evergreen State College invited me to speak at a TEDx event called “Hello Climate Change: Rethinking the Unthinkable.” Videos from the event are now online.

How to convince climate sceptics to be pro-environment
http://www.newscientist.com/article/dn21932-how-to-convince-climate-sceptics-to-be-proenvironment.html
Michael Slezak, New Scientist, 17 June 2012
Climate change might eventually cause millions of deaths and all kinds of natural disasters. But don't tell that to a climate-change sceptic if you want them to do anything about it.

The UN is the wrong tool for climate change
http://www.abc.net.au/environment/articles/2012/06/21/3529672.htm
Sara Phillips, ABC Environment, 21 Jun 2012
The world has gathered again for international environmental talks, this time in Rio de Janeiro. It's 20 years since the first Earth Summit in Rio that gave rise to the United Nations Framework Convention on Climate Change (UNFCCC), the organisation that brought the Kyoto Protocol into existence.

Seeping Arctic Methane Has Serious Implications for Florida Coastline
http://www.sciencedaily.com/releases/2012/06/120618095055.htm
Science Daily, June 18, 2012
The ancient reserves of methane gas seeping from the melting Arctic ice cap told Jeff Chanton and fellow researchers what they already knew: As the permafrost thaws, there is a release of methane, a powerful greenhouse gas that causes climate warming.

Ancient Warming Greened Antarctica, Study Finds
http://www.sciencedaily.com/releases/2012/06/120617170307.htm
Science Daily, June 17, 2012
A new university-led study with NASA participation finds ancient Antarctica was much warmer and wetter than previously suspected. The climate was suitable to support substantial vegetation -- including stunted trees -- along the edges of the frozen continent.

Arctic plant growth 'could speed up global warming'
http://www.smh.com.au/environment/climate-change/arctic-plant-growth-could-speed-up-global-warming-20120617-20i6w.html
Ben Cubby, SMH, June 18, 2012
In a surprise finding, researchers have shown that as trees start to grow closer to the North Pole, replacing once-barren tundra, they release more greenhouse gases than they absorb.

Fear of the rising sea
http://www.washingtonpost.com/world/specialreports/fear-of-the-rising-sea/2012/06/15/gJQAMoVGlV_gallery.html
Washington Post, 15 June 2012
From Barbados to Bangladesh, here is a look at nations that have been most affected by climate change.

Far out in North Carolina
http://www.realclimate.org/index.php/archives/2012/06/far-out-in-north-carolina
Real Climate, 24 June 2012
The extensive salt marshes on the Outer Banks of Carolina offer ideal conditions for unravelling the mysteries of sea level change during past centuries. Here is a short report from our field work there – plus some comments on strange North Carolina politics as well as two related new papers published today in Nature Climate Change.

The evidence for sea-level rises in North Carolina
http://www.newscientist.com/article/dn21951-briefing-is-sea-level-rise-accelerating.html
Michael Marshall, New Scientist, 20 June 2012
In one US state, it is now illegal for sea level rise to speed up. Although climate models predict that sea level rise will accelerate over the coming decades, North Carolina's state senate has passed a bill saying that its Division of Coastal Management cannot "include scenarios of accelerated rates of sea level rise".
AND
Global sea-level rise could hit California hard
http://www.sfgate.com/science/article/Global-sea-level-rise-could-hit-California-hard-3657131.php
David Perlman, SFGate, Friday, June 22, 2012
Global sea-level rise, induced by the warming climate, will hit California's coastline harder than the other West Coast states over the coming decades and on through the end of the century, according to a new report from the National Research Council.

The case of the missing wheat
http://environmentalresearchweb.org/cws/article/opinion/49969
ERW, 19 June 2012
In Lewis Carroll's Through the Looking Glass, Alice finds herself running as fast as she can but not moving anywhere. The Red Queen explains to her 'Now, here, you see, it takes all the running you can do, to keep in the same place. If you want to get somewhere else, you must run at least twice as fast as that.'