“Always look on the bright side of life”: Bright-siding climate advocacy and its consequences 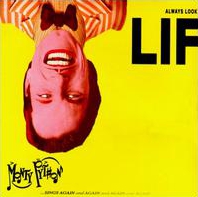 At a forum in Melbourne this February on “Saving lives... reframing climate change around health and livelihoods”  (powerpoint with audio), Daniel Voronoff summed up our dilemma:


People of vision, working together patiently and persistently, have inspired their community and changed the course of history. These leaders, recognising the threat to civilisation posed by climate change, have successfully alerted many of the public to the danger it faces. After many years and great resistance from powerful and ruthless people, an empowered community has achieved an epic win. The country has taken its first steps towards a ‘clean energy future’. But time is running out and much more needs to be done to prevent the catastrophe. Also, their enemies are using lies and fear to win the hearts and minds of the people, and destroy their hard won gains. Everything may be lost – unless the leaders reach out to a resistant public in new ways and tell them the truth about the threat to health, lives and livelihoods that we face.


Voronoff’s analysis, published last year on this site as The real climate message is in the shadows. It’s time to shine the light, highlighted an aspect of climate advocacy in Australia and elsewhere that had long concerned me: can you successfully bring about change without communicating the problem you are trying to solve?  Is selling “good news” and avoiding “bad news” the way to engage communities in understanding how climate change will affect them and what they can do about it?   My concern grew as the gap between the science (where researchers tell us the climate is heading) and the politics (the inadequate scale of the solutions being proposed) got wider and wider.
In the commercial world the answer is yes, you can sell a “solution” without a real problem, because half the game is about fabricating demand (status, for example) for things people don’t need (a new car). In politics too, you can succeed by fabricating or playing on a sentiment (insecurity) to sell an answer (border protection). The answer solves a problem constructed for the purpose.  The means of selling does not matter, so long as you succeed.
But with climate change, the problem is not a commercial or political construct, and not fully solving the problem will be catastrophic beyond most peoples’ imaginations and current understandings. The price of failure is not a product left on the shelves or an election lost. Failure is a planet on which most people and species will not survive.
Yet much climate advocacy and campaigning appears to assume that as long as you tell a positive story and move “in the right direction”, it doesn’t matter if people understand or agree about the problem. It’s all about selling “good news” and not mentioning “bad news”.  This is how the Obama administration, Australia’s Labor government, the Say Yes campaign and many national climate advocacy organisations worked in 2011.
Known as “bright-siding”, this social phenomenon both masks and reflects our growing insecurity. Bright-siding is the belief that although you can’t control the outer events of your life, you can control your outlook with relentless positive thinking and a sunny disposition, and by refusing even to consider negative outcomes. Being unrelentingly positive is the key to success and prosperity.  There is no space for Hugh Mackay’s observation that “Nature equipped us with the capacity to feel negative emotions – pain, sorrow, fear, even anger – for good reason."
“Have a nice day.”  Bright-siding comes in many forms, old and new.  It is the method of religious, political and personality cults and gurus who demand uncritical adoration and positivity, and of many personal development courses. It’s at the core of political spin: George W. Bush was a cheerleader at prep school, as president he declared “Mission accomplished” in Iraq in 2003, and later remained “optimistic that all (foreign affairs) problems will be solved”. It’s behind RMIT University’s recent ''behavioural capability framework’’ edict to staff to present a happy face, even if they’re not. There is a particular version in North Korea, and in all nationalist triumphalism.
And it’s the subject of a book by Barbara Ehrenreich: Bright-Sided: How the relentless promotion of positive thinking has undermined America, prompted by the barrage of unrelenting positivity Ehrenreich encountered while receiving treatment for cancer. Ehrenreich’s Introduction gives an overview.
She happily acknowledges that good, positive feelings “like gratitude, contentment, and self-confidence can actually lengthen our lives and improve our health”. While Americans see themselves as “positive” people, happiness is a “slippery thing to measure or define”, so when psychologists undertake to measure the relative happiness of nations “they routinely find that Americans are not, even in prosperous times and despite our vaunted positivity, very happy at all”. Ehrenreich concludes that “positivity is not so much our condition or our mood as it is part of our ideology”, as displayed in American patriotism for “the greatest nation on earth”. It is a “quintessentially American activity, associated in our minds with both individual and national success, but it is driven by a terrible insecurity”, which “requires deliberate self-deception, including a constant effort to repress or block out unpleasant possibilities and 'negative' thoughts” about the country’s chronic weaknesses and inequality.
Believing the country impervious to a 9/11-style attack, or New Orleans to inundation, and incapable of failure in Iraq or a Wall Street crash, could exist because “imagining an invulnerable nation and an ever-booming economy (meant) there was simply no ability or inclination to imagine the worst.”  And that is the core problem: bright-siding strips away critical analysis, the understanding that the worst may happen, and to be prepared. “We need”, says Ehrenreich, “to brace ourselves for a struggle against terrifying obstacles, both of our own making and imposed by the natural world. And the first step is to recover from the mass delusion that is positive thinking.”
Ehrenreich says enforced optimism obstructs the liberal (progressive) agenda, producing an enforced stupidity. In other words, optimism is conservative, while realism is progressive.