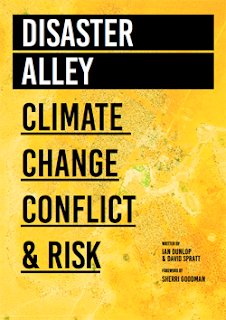 The first responsibility of a government is to safeguard the people and their future well-being. The ability to do this is threatened by climate change, whose accelerating impacts will also drive political instability and conflict, posing large negative consequences to human society which may never be undone. This report looks at climate change and conflict issues through the lens of sensible risk-management to draw new conclusions about the challenge we now face.
Download the report