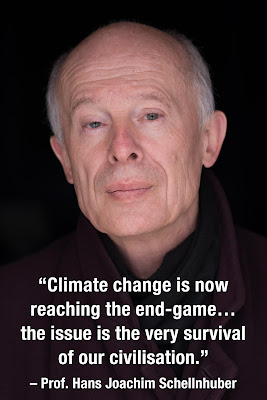 Schellnhuber describes climate warming as an “existential risk”, and says the report highlights crucial insights which may lurk at the fringes of conventional policy analysis but which have a new resonance in today’s circumstances, “a unique situation with no precise historic analogue” in which “the level of greenhouse gases in the atmosphere is now greater, and the Earth warmer, than human beings have ever experienced”.

When #climate risks are understated, it’s time to understand “What lies beneath” the scientific reports and policymaking. Download the inside story of #whatliesbeneath https://t.co/aJIL6093Pj @breakthroughccr pic.twitter.com/F72oZVjPC4
— David Spratt (@djspratt) August 19, 2018


He says it is hardly surprising that a trend towards “erring on the side of least drama” and an understatement of risks has emerged in the work of the Intergovernmental Panel on Climate Change (IPCC) after delivering their five Assessment Reports over the last three decades. This he attributes, in part, to the statistical “probability obsession” of orthodox science, where repeating the same experiment on an object many, many times can identify the likelihood of various outcomes.

He says that if this were applied literally to climate warming:


Strictly speaking, we would have to redo the Industrial Revolution and the greenhouse-gas emissions it triggered a thousand times or so, always starting with the Earth system in its 1750 pre-industrial state.  Then calculate the averaged observed outcome of that planetary experiment in terms of mean surface-temperature rise, global biological productivity, total number of climate refugees, and many other variables. This is a nonsensical notion.

Schellnhuber argues that calculating probabilities makes little sense in the most critical instances, such as the methane-release dynamics in thawing permafrost areas or the potential failing of entire states in the climate crisis. Rather, he says, we should “identify possibilities, that is, potential developments in the planetary make-up that are consistent with the initial and boundary conditions, the processes and the drivers we know.”

This calls for a new approach, with less emphasis on climate models in endless runs, and a new focus on such methods as scenario planning, where the consequences of a number of future possibilities, including those which may seem highly unlikely, but have major consequences, are evaluated. This way, he says, "one can overcome the probability obsession that not only fantasizes about the replicability of the singular, but also favours the familiar over the unknown and unexpected".


As well, according to Schellnhuber, when researchers come up with an entirely new thought, experts tend to reflexively dismiss it as “speculative”, which is effectively a death warrant in the academic world. This in turn means that “scientific progress is often driven from the periphery, or occasionally, by eminent personalities whose seniority is beyond doubt. This does not at all imply that hypotheses need not be vindicated in due course, but out-of-the-box thinking is vital given the unprecedented climate risks  which now confront human civilisation.”

The proximity of such out-of-the-box events was brought home by the recent publication of the “Hothouse Earth” paper, in which sixteen scientist, including Prof. Schellnhuber, warn that even hitting 2 degrees Celsius of warming might flip the climate system into a mode of carbon-cycle feedbacks that take climate warming beyond any human capacity to reign it in.

Schellnhuber concludes that it is “all the more important to listen to non-mainstream voices who do understand the issues and are less hesitant to cry wolf. Unfortunately for us, the wolf may already be in the house.”

What Lies Beneath analyses why: 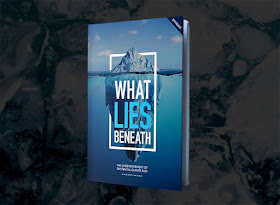 What Lies Beneath: The understatement of existential climate risk is available at www.breakthroughonline.org.au

David Spratt is the Research Director for Breakthrough National Centre for Climate Restoration.
Ian Dunlop is a senior member of the Breakthrough Advisory Board.