Unravelling the myth of a "carbon budget" for 1.5C 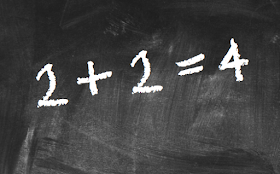 The 2015 Paris climate talks put the 1.5°C temperature target firmly on the policy-making table, whilst also signing off on actions consistent with 3°C or more of warming. This has prompted more discussion in the climate movement about the emissions reduction task consistent with 1.5°C, and whether there is any “carbon budget” available.

Generally, in carbon budget analysis, multiple climate model runs are used to provide a numerical estimate (or budget or quota) of the total allowable emissions consistent with not exceeding a specified temperature target. But these results must be taken in the context of model uncertainties and overestimation, and the risks of significantly overshooting the target associated with published carbon budgets.

Researchers have noted that there are “no scenarios that have a high probability of limiting warming to below the 1.5°C limit during the entire twenty-first century exist in the literature”. (1)

The published 1.5°C scenarios all involve “overshoot”, that is, exceeding the 1.5°C target and returning the temperature to 1.5°C by century’s end by use of “carbon drawdown” technologies to create “negative emissions”.

The overshoot scenarios mean temperatures may exceed 1.5°C for half a century and peak at around 1.8°C.

The increased risk and more damaging impacts, and the chances of triggering non-linear events, associated with a higher level of warming for several decades in these scenarios are often understated.  (It is an interesting turn of language that scenarios with a 50% chance of reaching 1.8°C and around a 40% chance of reaching 2°C are named “1.5C scenarios”.)

Some carbon drawdown techniques such as reforestation and afforestation are proven and safe, but limited in scale. Covering 3% of the world’s surface with forests would be equivalent to negating just 10% of the world’s current greenhouse gas emissions. Other carbon drawdown techniques include biochar, land management, accelerated weathering, bioenergy with carbon capture and sequestration, direct capture and sequestration, ocean fertilization, and seaweed and algal farming. Many of these are unproven, high cost at present, slow to implement, not currently deployable at the scale needed, and have implications for land use and the maintenance of food production and traditional land ownership, farming and biodiversity protection, because of the large spatial areas required.

The impact of carbon drawdown would be slow and “will not have an appreciable effect on global climate for decades” and hence does not provide an opportunity for rapid reductions of global temperature. (2)

It has been suggested that the use of 1.5°C overshoot scenarios with very large drawdown components has the effect of justifying a substantial continuing high use of fossil fuels for several decades "… rather than requiring that nations reduce emissions in the short-to-medium term”. (3)

Too much focus on specific numerical outcomes in climate and emissions reduction research may exclude or downplay outcomes such as non-linear events which, by their nature, are not subject to modelling, easy quantification or numerical analysis.

Numbers give policymakers and the lay reader a sense of certainty, but the assumptions behind the work that produced the numbers may not be in close accord with the physical world. A good example is sea-level rise projections in recent IPCC reports that excluded sea-level rise from the rapid polar ice mass loss. Likewise, carbon budget work generally does not fully incorporate potential system changes in the carbon cycle, ice sheets and methane stores.

For these reasons, researchers say that “given the anchoring that inevitably occurs around numerical values, the basis for quantitative uncertainty estimates provided must be broadened to give observational, paleo-climatic, or theoretical evidence of poorly understood phenomena comparable weight with evidence from numerical modelling… One possible improvement would be for the IPCC to fully include judgments from expert elicitations." (4)

So what are some “expert elicitations” on the 1.5°C budget issue?

“We have no carbon budget left for the 1.5°C target and the opportunity for holding to 2°C is rapidly fading unless the world starts cutting emissions hard right now,” says Prof Michael Mann. (5) (If a proper “pre-industrial” starting point in the mid-18th century is used, rather than the conventional late-19th century baseline most commonly by scientists and policymakers, that 1.5°C figure is higher at 1.7°C.)

Prof. Stefan Rahmstorf of Germany’s Potsdam University considers that we are now “in a kind of climate emergency” and that at least 1.5°C is “locked in”. (6)

“Locked in” means that the warming will occur for the present level of emissions in the absence of large-scale carbon drawdown and/or solar radiation management.

Three other senior Australian scientists to whom I have spoken agree with the 1.5°C figure articulated by Mann and Rahmstorf. Some think it is likely to be somewhat higher.

Warming above the 1880-1900 baseline is now around 1°C, according to the World Meteorological Organisation. If fossil fuel use stopped today, the loss of aerosol cooling would quickly add around  0.5°C of warming. It is on this basis that the “locked in” figure of 1.5°C can be derived in a simple manner.

[Aerosols including black-carbon soot, organic carbon, sulphates and nitrates have a very short cooling impact generally estimated to be in the range of 0.5–0.8°C, and are a by-product of burning fossil fuels, and other sources. For now, these aerosols are ameliorating the warming impact of increasing levels of greenhouse gases. But eliminating the use of fossil fuels will also severely reduce atmospheric aerosols, and their cooling effect. This will increase the global temperature significantly.]

So, no further emissions are allowable for the 1.5°C target. The budget is zero.
From this understanding a further conclusion can be made: achieving 1.5°C means that we have to draw down every ton of carbon dioxide we emit from now on.

Climate models are an abstract approximation of reality, based on imperfect knowledge of the physical reality, including such vexed issues as climate sensitivity, carbon cycle interactions, the impacts of cloud processes, simulating extreme events, quantifying aerosol impacts, and so on.

As well, the carbon budgets may be overestimated because models cannot fully incorporate the full range of biospheric and methane (permafrost and ocean clathrate) feedbacks, and ice sheet dynamics. (7)

Carbon budgets are based on varying risks of exceeding the target; they can have different probability distribution characteristics; and they vary in their treatment of non-carbon dioxide (CO2) emissions. All these factors substantially affect the bottom-line budget number/s.
Some carbon budget analyses consider only CO2 emissions, rather than all greenhouse gases. Researchers say that, “the most scientifically robust number — the carbon budget for CO2-induced warming only — is also the least relevant for real-world policy. Including all greenhouse gases… results in lower carbon budgets”. (8)

In summary, “the high-profile cumulative carbon quota concept carries several and significant uncertainties, many of which are not fully appreciated, and these limit the political usefulness of the quota concept” and uncertainties about quotas “remain persistently large, questioning the direct applicability of the carbon budget quota concept to policy”. (9)

Given these constraints, it is unwise to fetishise one set of numbers, if the act of interpretation overlooks the uncertainties, caveats and risks associated with any set of modelling outcomes.

Are modelling outcomes sometimes interpreted in such a way as understate the risks or fail to appreciate the high-end outcomes?

For example, one can get caught up in the numerical detail of a carbon budget that has a 50% or 66% chance of not exceeding the target.  But what do those numbers mean?

People do not board planes or cross bridges if there is a 10% chance of failure.

Notably, carbon budgets are rarely given for higher chances of keeping under the target, for example 90% or 95% or 99%. And the reason is straight forward: with this more sensible, low-risk approach there is no carbon budget left for either the 1.5°C target or the 2°C target. (11)

In other words, there is no carbon budget if 1.5°C is considered a cap (an upper boundary not to be exceeded) as per the Copenhagen Accord, rather than a target (an aspiration which can be significantly exceeded).


The fundamental point being missed is that the “fat-tail” risks of climate change — the irreversible, positive-feedback tipping points which have long concerned scientists — are being triggered at today’s warming of just 1°C. This can be seen in the Arctic and the Antarctic, in our oceans, and not least with the destruction of the Great Barrier Reef. These are genuine, existential risks unlike anything previously experienced by humanity, which will result in a substantial reduction in global population unless rapidly addressed. They cannot be handled by existing risk-management techniques. (12)

A number of carbon budgets for 1.5°C have been published. Three are shown in Table 1.

The most frequently quoted case is the third listed (Table 2.2. of AR5 WG1 Synthesis report). The figure of 400 GtCO2 from 2011 is based on a “threshold exceedance budget” or TEB.  But this is an overestimate, as Carbon Brief explains:


“(the TEB) assumes that emissions stop immediately once the threshold temperature is reached, which is essentially impossible in the real world. It also assumes there is no further warming once emissions have stopped, yet recent research shows this isn’t the case, says Dr Joeri Rogelj, a research scholar at the Energy Program of the International Institute for Applied Systems Analysis (IIASA), who is lead author on the Nature Climate Change study. He explains to Carbon Brief: ‘This means these (TEB) budgets are a bit of an overestimate of the carbon we have left to burn because temperatures would continue to warm for about a decade after we stopped emitting CO2’.” (14)

In the Nature Climate Change paper, the authors say that: “The TEB approach thus leads to a consistent overestimate of the CO2 budget compatible with a given temperature limit…” (15)

In summary, the first two lines of evidence show that we already have no carbon left for 1.5°C from 2017 onwards. A sensible risk-management approach would take the more conservative end of the ranges. And the third line of evidence — showing fours years left — is an overestimation.

The damage that will eventually be caused by the current level of warming of just 1°C is beyond adaptation for many nations and peoples. Evidence suggests tipping points for events, which may be irreversible on century time scales, are being crossed already. The Arctic is warming two-to-three times as fast as the global average. Even before we reached 1°C of global warming, a dynamic had been established that will lead to sea-ice-free Arctic summer conditions, with severe consequences for the future stability of permafrost and frozen methane stores, and for sea-level rises, as well as for accelerated global warming as Antarctic ice sheets retreat. Each 1°C in the longer term is likely to result in around 10 metres of sea level rise.

The possibility of staying below 1.5°C of warming for the whole of this century would require geo-engineering techniques such as the deployment of sulphate aerosols to reduce the amount of incoming solar radiation. Such approaches are not proven or safe technology, and are opposed by the large climate action NGOs, without exception. Likewise, the large-scale negative-emission technologies necessary to get warming back under 1.5°C by 2100 in the “overshoot” scenarios are not presently deployable in an environmentally safe way and at manageable cost.

Human civilisation has flourished over the last 11,000 years under relatively stable climate conditions and sea levels in a period known as the Holocene, which has provided a “safe operating space” for global societal development. However, we have already left the Holocene temperature range. Reestablishing Holocene conditions of less than 325 ppm CO2e would be safe for humanity, especially given that so much of human civilisation comprises coastal settlement and delta/flood plain agriculture. A small global warming above the level of the Holocene begins to generate a disproportionate warming on the Antarctic and Greenland ice sheets. Even a moderate sea level rise of 1–2 metres in less than a century would produce a change in coastlines that is unprecedented for human civilisation.

These circumstances constitute the climate emergency.